I’ve been pretty wrapped up in my work recently, so I probably wouldn’t have realised Global Game Jam was coming up were it not for Jo mentioning it at Brighton Indies a week or so beforehand. I suffice to say I’m glad that they did, for GGJ16 made for a really nice introduction to game jams.

Crammed into a Brighton pub on the Friday night, I was surprised by how many people I knew there from Make Play Code and other random events; I’m decidedly new to the games development scene and feel lucky that the indie types I’ve met so far have all been very welcoming. After settling in and acquiring excellent pad Thai, we went round the room and all pretended to be Blind Date contestants by telling everyone our names and where we came from. We also listed our game-making skills. I think my Unity expertise level is ‘buffoon’, so I also declared myself a writer. I was pleasantly surprised that there were three or four others interested in writing. 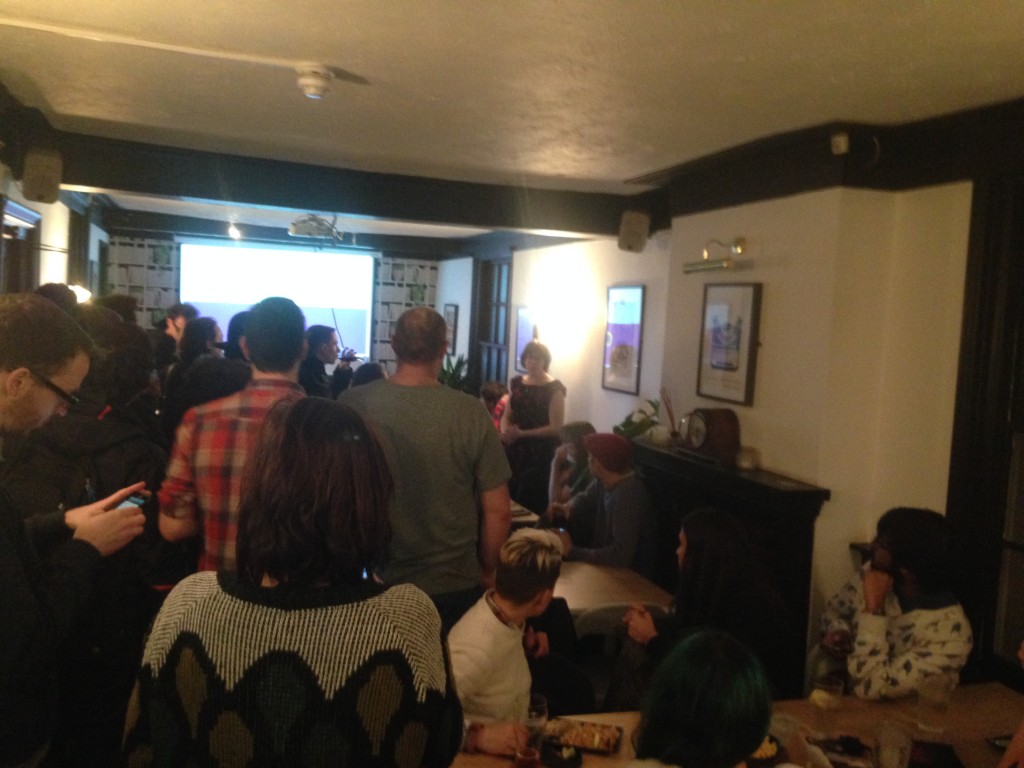 Inevitably, three of us ended up on the same team.

Which had a total of four people in it.

(You can probably guess what sort of game we made, but more on that in a moment.)

So I ended up working with three lovely people whom I had some vague connection with: Clara (via Make Play Code), Joe (whom I met at a games writing event), and Damon (via Joe). We dubbed ourselves ‘Jammers in Pyjammers” (oh how it rolls off the tongue) and set our minds to the jam theme: Ritual.

Because we are British, I think a number of people’s first thought was the sacred ritual of making tea. We decided to run with this, and imagined a sort of topsy-turvy Britain where it was actually ok to make tea by putting the milk in the cup first. Thus, Brituals was conceived.

The premise of the game was that the player is too polite to escape an eldritch ritual and is flung into a demonic parallel dimension when manners and social ritual are not as you might expect. You then have to try and negotiate three scenarios and blend into this strange new world.

Meeting in The Skiff on Saturday, Joe decided to build his own game engine in HTML in a moment of madness, which left Clara to do the art, and Damon and I the writing, which we divvied up; Damon did the opening, I did the endings, and we each did as many scenarios as possible for the body of the game, which turned out to be about a dozen in total.

What isn’t obvious about the game on your first (or possibly second) playthrough is that the opening scene doesn’t always send you to the same universe. Thus, each scenario may only have three choices but it actually has nine possible outcomes; which three you can achieve depends on which universe you’re in. Replay value FTW.

These scenarios are quite long, because we were in that sort of mood, but I think it works ok in the context of this game. I think there’s something like 6000 words in the game across the universes.

This was my first game jam, and the first time I’ve collaboratively written anything (even in this loose sense) in quite a while. I really enjoyed it, and will definitely do it again, though there were some minor challenges. I noticed about halfway through, for example, that Damon and I had slightly different approaches to our scenarios (in terms of surreality, humour, etc.), but apparently it’s difficult to tell when they’re all jumbled up, so we got away with it. It was useful to think about collaborative style, in any case.

I’m pleased to say that we managed to finish the game by end of play on Sunday (despite Clara’s washing machine exploding and us having to borrow Kylie to do some art in her absence) and were able to do a run through (that any amateur dramatic group would be proud of) at the showcase.

There were so many great games made that weekend I can’t possibly tell you about them all, but have a look at the Brighton GGJ16 site for yourself.

Joe very kindly found a way to host the resulting  game so that even you (yes, YOU) can play Brituals. 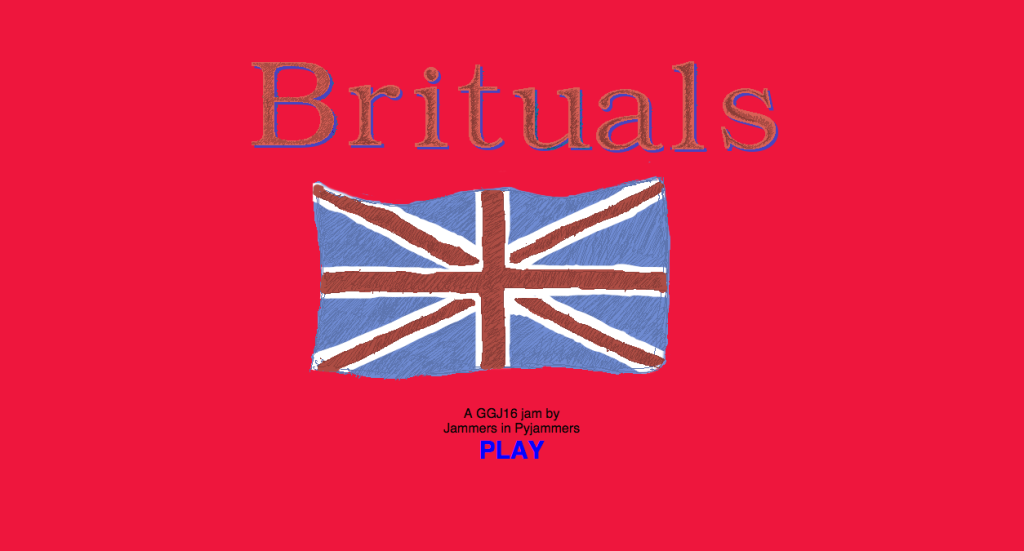